To some folks, slower speeds on residential streets sounds like sheer blasphemy. For others, it could mean the difference between life and death.

There’s been a renewed interest recently in Canada for reducing the speed limits on our streets. The City of Calgary is considering making 30km/h the default speed limit on all of its residential streets, and Toronto mayoral candidate Jen Keesmaat has just proposed the same thing for Toronto.

These proposals are not without resistance though, especially among those who experience transportation exclusively behind the wheel of a car. Compared to streets with limits of 50km/h, 30km/h seems really slow. With commutes in urban areas becoming increasingly longer, every bit of time savings is highly valued by people, and this can seem like an affront on that crisis.

Despite this resistance, there is valid justification for these proposals; slower residential streets are safer, build more community, and are becoming the best practice globally.

When it comes to protecting human lives and preventing road deaths and injuries, speed of vehicle travel makes a world of difference. A study by the NHTSA that reviewed numerous pedestrian deaths and injuries found that a pedestrian hit by a car travelling at 40mph (60km/h) has just a 20% chance of survival. At 20mph (30km/h) that same pedestrian has a 95% chance of survival. Lower vehicle travel speeds are literally the difference between life and death for pedestrians.

While there’s certainly justification for fast vehicle travel speeds on arterial roads and highways, does the same logic apply to residential streets? A street designed for 50km/h is a death sentence for pedestrians.

While road safety is most commonly quantified through metrics such as collisions, fatalities, and injuries, equally important is perceived safety, or how safe someone feels while travelling on a street. Though a busy arterial with a narrow sidewalk may have no history of pedestrian injuries, it does not mean that a pedestrian feels comfortable or safe walking there.

On residential streets, perceived safety may even be more important. Rates of children walking and cycling to school are at an all-time low, and when parents are asked why their children don’t walk to school, a common response is that they don’t trust the safety of their children in doing so. Slower streets means a more comfortable walking experience for everyone, including parents and children.

Instead of blaming parents for kids having too much indoor time, direct your concerns to our cities that continually fail to provide safe streets for our kids to play, live, grow and gain independence on. Let’s address the problem not the symptom. pic.twitter.com/mtRQec7ETE

Purpose of a Street

Finally, an important question must be asked: what is the purpose of a street? The default response is mobility – moving people, cars, buses, bikes as efficiently as possible. But does that same philosophy apply to residential streets? Neighbourhood streets typically carry very low traffic volumes, and generally make up a minor portion of an overall driving trip. They don’t get congested, and people rarely complain about this part of their commute.

At the same time, residential streets are where families go for walks, where neighbours greet and chat with each other, and where kids ride their bikes to school and play games. If these are indeed legitimate uses for streets, its time that we recognize this, by humanizing the speed of vehicle movement along these roadways. 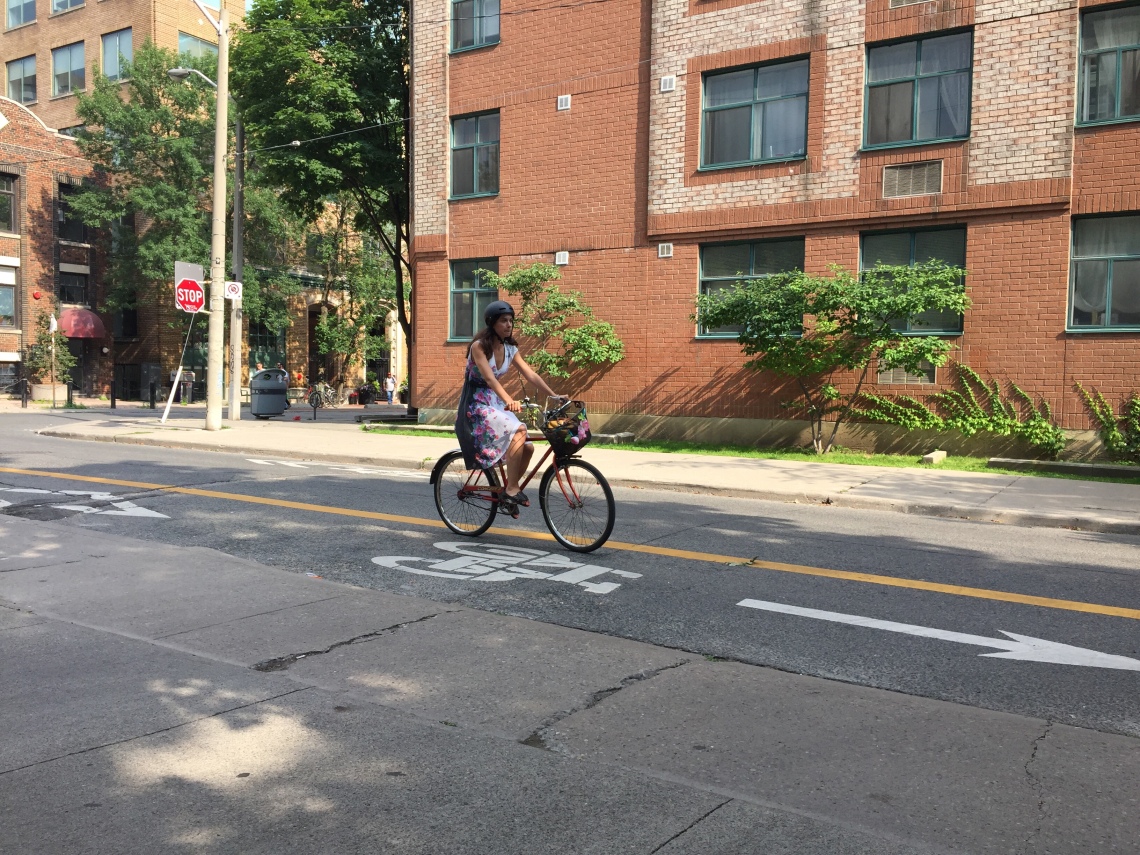 While there is certainly benefit to lowering speeds on residential streets, simply lowering the posted speed limit is likely not enough. Drivers’ travel speed is much more based on the design conditions of the street; a street with wide lanes, large curves, and infrequent stop signs sends a message to drivers that it’s okay to travel fast on the street. One study found that when the speed limit of a road is changed with no change to the physical design of a road, the travel speed of cars does not change.

To truly deliver on the safety and community benefits that slower residential streets promise, design interventions are needed. Traffic calming should be applied to existing streets, by adding things like stop signs and speed humps. New streets should be designed for 30km/h travel, with narrower lanes and tighter curves.

These proposals may seem bold and new locally, but they’re already making strong headway in other parts of the world. Since 2016, the city of Christchurch, New Zealand has had a 30km/h speed limit in place for its entire central city. In just two years, collision rates and injuries have dropped, all while pedestrian and vehicle traffic have grown. London has also made its entire city centre a 30 km/h zone, and is extending these zones at other town centres and high risk areas. Finally, in the Netherlands, one of the global leaders in road safety, 70% of urban streets are posted at 30 km/h or less.

It’s time for a reassessment of how we use our residential streets. Would we rather they save us a minute off our commute, or that they become a safe space for families, neighbours and children?